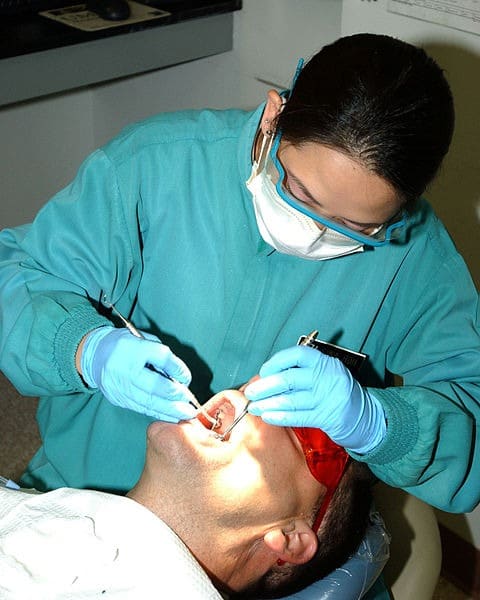 A new study published in the Journal of the American Dental Association showed that half of the respondents gagged at least once during their visits to the dentist. People who have gagged during a procedure are more likely to report fears connected to dental care.

According to the study made by researchers from the University of Nebraska-Lincoln and the West Virginia University, 45 percent of adults in the United States have at least moderate fears of getting dental treatment. The researchers wanted to see how the gagging is connected to the fears. They also wanted to know if it is common to gag during a dental exam.

The researchers also looked into the reasons for gagging that they said played a role in how likely someone fears the dentist. People who gagged when triggered by less-intrusive stimuli, such as placing a finger in the mouth, had bigger fears compared to people whose gag reflexes were caused by bitewing radiograph films or dental instruments.

The study showed a link between gagging and fear of dentists but it is impossible to find out the causes of gagging or the fears. Researchers said that the dental care-related fear causes people to gag more in the dental clinic, frequent gagging could lead to the development of fear, or the fear results into more gagging that enforces the fear.

In a 2012 study published in the journal Acta Odontologica Scandinavia, listed some methods for people to get over their fear. These include thinking about something else, praying for the treatment to end, and telling yourself that everything will be okay.