Overspending in Dental Services Does Not Provide Benefits 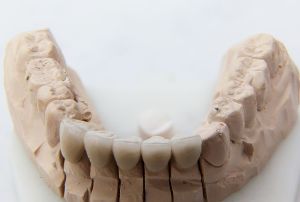 Thanks to one of the state programs in Nevada, people with disabilities were supposed to get free dental services and to get a job that would provide them with the money needed for a living. But, according to the latest audit, this state program led to about one million dollars in overspending. The thing is that about 42 percent of all the customers received the coverage of their dental needs and a great number of people did not manage to receive job preparation which confirms that the program appeared to be ineffective.

No one can doubt that the dental services play a great role in preparing people for hiring. But the representatives of the Nevada Department of Employment, Training and Rehabilitation confirm that spending appeared to be rather high and the problem could not be detected for about 4 years. This overspending appeared to be the result of an opportunity of vocational rehabilitation counselors to authorize the expenses that do not exceed the sum of $6,000 without any limitation. As a consequence, employees were just sent to get the needed dental services and no further job preparation was provided.

Three dental offices, Reno Town Mall, Ely, and Northern District were providing the dental services and the approximate amount of money spent on each patients appeared to be equal to $1,100. Detecting these problems with overspending, state officials started notifying the involved dentists that dental problems could not be considered a disability and it was not right to provide the services to customers that were not qualified for the vocational rehabilitation program.

At the same time, the counselor was instructed on the main issue in this sphere and 2014 demonstrated a decrease in spending but Ely still appears to be number one spender. And the most effective measure that can be taken is to reduce the sum of money that does not need any approval of the counselor.