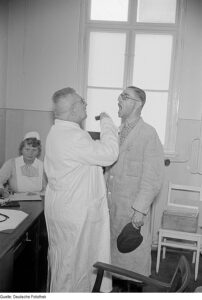 Death rates from opioids are increasing and dentists are urged to stop prescribing painkillers such as OxyContin who have had dental surgery such as a wisdom teeth removal. A study suggested opioids are a leading cause of death among young adults in Ontario.

Parents have become more concerned about their teenagers drinking OxyContin for pain after they had surgery for wisdom tooth removal. One mother flushed the pills down the toilet because she was afraid that it could lead to an addiction and can be abused.

The concerns of the parents were also raised during a parliamentary hearing late last year when Conservative MP Terence Young said teenagers have become addicted to painkillers after they were prescribed OxyContin when they had their wisdom teeth removed. The teens are now undergoing methadone treatment.

Dentists were identified as the top source of opioids prescribed in Ontario each year. Around 30 to 40 percent of the prescriptions for opioids were made by dental surgical procedures. This was according to Dr. Norman Buckley, director of the Michael G. DeGroote National Pain Center and the chair of the department of anesthesia at McMaster University. The Ontario College of Dental Surgeons tackled the issue with a new policy aimed at decreasing the number of OxyContin prescribed after dental procedures.

Opioids are not prescribed for routine dental surgery. Only a minority of situations require an opioid prescription. Patients should be given over the counter painkillers such as ibuprofen and acetaminophen for mild to moderate pain. If the pain is severe, codeine or oxycodone such be given in low doses but only after the patient was screened.