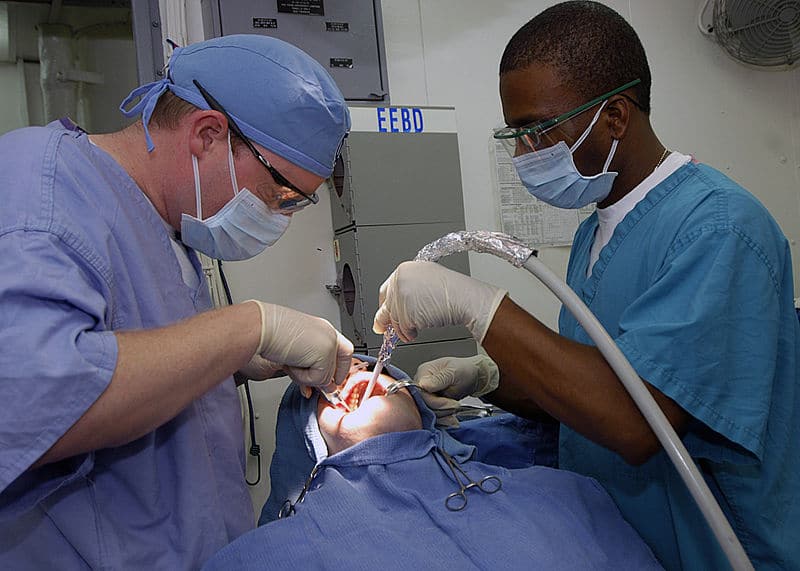 A bill in the state Legislature proposed additional training requirements for oral surgery dental assistants that were proposed as a way to prevent another incident of the case involving an oral surgeon who was accused of maintaining unsanitary office conditions. Oklahoma dental groups are against the bill but the head of the state dental board said the bill was misunderstood.

The bill would require training in order to get a permit to be an oral surgery dental assistant. President of the Oklahoma Dental Hygienists Association, Bonnie Flannigan, said the bill would let assistants give intravenous sedation on their patients.

Liz Schultz, president of the Oklahoma Association of Nurse Anesthetists, sent a letter to executive director Susan Rogers of the Oklahoma Board of Dentistry, that stated she believes dental assistants should not be allowed to perform IV sedation even if were part of the expanded duty permit and similar to helping in the administration of nitrous oxide and applying sealants.

Dr. W. Scott Harrington, an oral surgeon from Tulsa, had two of his clinics shut down last March because he allowed his assistants to perform IV sedation. Health officials asked his patients to test for hepatitis B, hepatitis C, and HIV. They found out that one of the patients got hepatitis C from his clinic. This was the first case of transmission of hepatitis C between patients in a dental clinic.

Rogers said that the bill doesn’t state what assistants are allowed to perform in the dental clinic. She stated that they are still not allowed to practice dentistry and most of their tasks require direct supervision.