Oral Health Depend on Health of the Heart 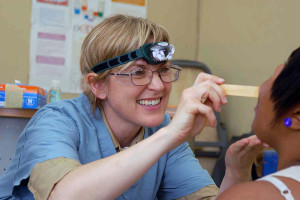 A new study gave new evidence of a link between the health of one’s teeth and gums and health of the heart. They found a connection between periodontal disease and heart risk indicators, such as large waist circumference, cholesterol levels, and high blood pressure.

Dr. Ola Vedin, researcher from the University of Uppsala, stated that there is a constant relationship between CV risk and dental status that pointed to oral disease to be a risk factor for coronary heart disease. The study was published in the European Journal of Preventive Cardiology and involved more than 15,000 from 39 countries who took part in the STABILITY test. The participants had CHD and at least another heart risk factor.

The researchers gave the participants questionnaires about their lifestyles that included dental health habits. They were asked about how many teeth they had remaining and how often they got bleeding gums. The participants went through blood testing as well as a physical exam. Almost 70 percent of the participants were former or present smokers.

25 percent of the participants had gum bleeding when they brushed their teeth. 41 percent had less than 15 teeth remaining. 16 percent had no teeth remaining. Researchers found a connection between the number of heart risk factors and oral disease. They also had higher levels of the heart disease biomarkers and periodontal disease.

Vedin said that it was still up for debate whether periodontal disease is a risk factor for coronary heart disease. There are studies that suggested a moderate association while others were the opposite. Vedin’s study showed an association between self-reported periodontal disease and other cardiovascular risk factors and could provide support to possible association between the two conditions. More research is needed before a definite conclusion could be given regarding good dental hygiene and lower risks of heart disease.